Bunker Roundup|Part II: Are scrubbers a lost cause?

It has been reported that only about 150 vessels entered repair yards for scrubber retrofits during April and May 2020[1]. It has been estimated that 700 scrubbers might potentially be cancelled or postponed[2].

Scrubbers have been recognised as a relevant compliance solution for the 2020 sulphur limit. Since the outbreak of the pandemic, the oil market has seen a decline in the sales and installation of scrubbers.

This was initially due to yard disruption in China caused by the pandemic, which carried out approximately 75% of all global retrofits in 2019. This issue has been exacerbated more recently by the closing of the price spread between HSFO and VLSFO[3].

However, even before the pandemic, open-loop scrubbers had been banned at numerous ports, including Singapore, the Port of Fujairah, and Californian ports and waters, to name a few. There have also been concerns around the environmental aspect of utilising open-loop scrubbers, as this type of scrubber discharges wastewater directly into the ocean, which contains potential pollutants that have been found to pose a risk to sea life (e.g. sulphuric acid and nitrous oxide). The International Maritime Organization (IMO) is expected to impose regulatory restrictions on scrubber discharges in the coming years.

It can cost shipowners up to $2.8m to install a scrubber system onboard their vessel. In the current economic climate, the turnaround time of scrubber investment is expected to take a lot longer (the current payback period for a scrubber is between half a year to one and a half years).

All of the above may prompt a rethink of scrubbers among shipowners and fleet operators in the long term. 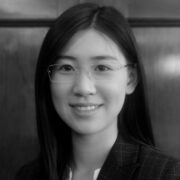